Skip to content
As university trained professional social workers, we work with patients and families whose lives have been affected by Chronic Kidney Disease. Professional interventions focus on adjustment and adaptation to the disease while dealing with accompanying psychosocial and emotional implications. We provide specialized social work services including counseling, education, research and advocacy. We respect patients and their family/support network and acknowledge and encourage all those who are endeavoring to cope with diagnosis, stages of this chronic illness, treatment modalities and associated emotional stressors.

Corinne MacNab graduated with her MSW in 1992 from Carleton U. in Ottawa. Corinne has been with the Regional Kidney Care Program of Simcoe Muskoka in Orillia since 1999, working with patients in the multi kidney care clinic, and patients on hemodialysis in-centre and in the satellite units.

CJMacNab@osmh.on.ca Corinne is passionate about palliative care, ethics, and truth-telling. She is a Palliative Care Champion for the Ontario Renal Network, and was the CANSW Regional Rep for Southern Ontario, and then CANSW Vice President for one year, before taking on the role of President in the fall of 2019.

Michelle Jensen is employed by the Nova Scotia Health Authority and works with dialysis patients and kidney donors at the Queen Elizabeth II Health Sciences Centre in Halifax. She began her social work career in 1993 – BA, McMaster, 1991; BSW, UBC, 1993; and MSW, Dalhousie University, 2001.  Michelle worked in geriatrics and mental health before joining the Nephrology service at the QE II in 2006.  She has worked with patients across the service from renal clinic, all dialysis modalities to kidney transplant clinic.  Michelle has served on the CANSW executive in the roles of Atlantic Representative, VP and President and is currently Past President.

Tricia Hutton is an employee of the Saskatchewan Health Authority.  Tricia works with outpatient dialysis patients at both St. Paul’s Hospital in Saskatoon as well as the Camaco Community Renal Unit. Tricia began her social work career in Brooks Alberta before joining the Saskatoon Health Region in 2011. Tricia began her nephrology social work career in 2012 in the Home Hemodialysis Program and move to the in center Hemodialysis Program in 2019. Tricia joined CANSW in 2012 and has served as Saskatchewan/ Manitoba Regional Representative and currently as Vice President.

Sarah graduated with her MSW in 2002 from the University of Toronto. She began her social work career at the Scarborough Hospital working in their large Home Peritoneal Dialysis program. In 2008, she relocated to work in the Renal Unit at the Royal Victoria Hospital in Barrie and has been the CANSW Secretary since 2012.

Ontario
Manitoba/SK   I am registered to practice through the Manitoba College of Social Workers. I graduated from the University of Manitoba with a Bachelor of Social Work in 2011.  While in university, I worked for four years in the Department of Families, in policy areas related to persons with disabilities.  For the next few years, I remained under the employ of the Department of Families, but in a front line capacity.  In late 2014, I took a leap into hospital based social work.  In 2016, an opportunity arose within the Manitoba Renal Program at Health Sciences Centre and I have not looked back! Social Work is not my first career. I originally hit the ground running as a laboratory technologist, with a drive to work in microbiology and tissue culture.  However, life decided that was not the path for me.  Early in my first career, I began to lose my eyesight.  By 24 years of age, I could no longer work in a laboratory.  I was angry, frustrated, sad, scared…  It took a LOT of self-reflection and hard work to pull myself together.  It took years.  Two social workers at the Canadian National Institute for the Blind (CNIB) in Winnipeg helped me forge a new path.  They challenged me, cried with me, and cheered me on.  They helped me to realize who I was and who I could be.  With their help, I found hope, a future, and myself. I am thankful that I have people to grow with, learn from, and teach. It is ok to not be perfect; it is ok to be human.  Meeting people where they are at and working with them, motivating them, being that person who is safe and honest – these are the tenants of my practice.  I find that my personal lived experience parallels many experiences of the individuals that I work with now.  Disclosing my disability is sometimes an advantage, breaking the ice and allowing for conversation to flow.  Even if I am not able to “help” an individual, my goal is to be respectful and kind. Life does not end with work. I am a daughter, a sister, a wife, and a mother.  My family brings me immense joy and forever keeps me on my toes.  Some days I look back and wonder how I got here.  In the words of one wise woman, “It’s so good to be true". Carly Froese Renal Social Worker Health Sciences Centre Manitoba Renal Program
Alberta/North West Territories:
BC/Yukon

Our mandate is to provide specialized social work services including counseling, education, research and advocacy to kidney patients and their families. 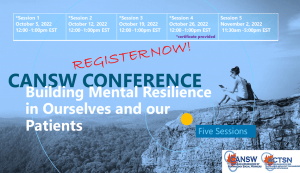