The award will be presented as an acknowledgement of significant achievement within the profession of Nephrology social work in Canada. READ MORE
This award was initiated in 2009 to recognize the outstanding Mentorship contributions made by a CANSW member in the field of Canadian Nephrology in the memory of the late Mary Lou Karley. READ MORE 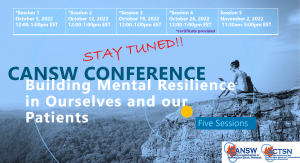